But how will I know the good side from the bad?

Over several months of contemplating Star Wars and the two older RPGs thereof (don't have anything like the money to even touch the FFG trilogy of tomes), I've continued to find my mind split right down the middle. I own the core books for both the West End Games D6 version (the original one), and the Wizards of the Coast d20 version (revised). My miniatures habit has continued to swell like Val Kilmer's ego once did, and I'll briefly put some notes in bullet points.

So, a lot has happened. We've moved to a new city, and one of the first things we did was make a trip to a Friendly Local Game Store in this city. Aside from the usual D&D 5e and Pathfinder stuff, alongside less common fare like Deluxe Tunnels & Trolls (plus organized Dungeon Crawl Classics events - I can't wait until this pandemic is through), they also have an interesting selection of vintage games and supplements that changes over time. Though several splatbooks for Vampire: The Masquerade 2nd Edition tempted me, the only book I walked away with this time was an obscure game from the early 1990s, called Psychosis: Ship of Fools.

Having read through the whole thing, I can say that it's out of my league as a referee (or Guide, as the game calls it), but I hope I can shake off the rust and sharpen my skills to run it in the future. Using Tarot cards as the sole task resolution mechanic is a neat idea. My sole gripe is in some of the scenarios presented; suffice to say, fascism isn't the forgotten relic of the distant past that a lot of people once assumed it was.

Overall, though, I like this game a lot, and I'll definitely keep an eye out for any other installments in the series (assuming any actually got made).

Posted by Fuzzy Skinner at 9:36 AM No comments: 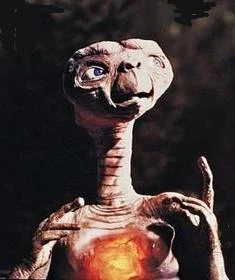 So, my computer got so screwed up by malware (installed via software I've used hassle-free for years) that I had to do a complete system restore. Fortunately most of my pictures were preserved, and most of my games were already on my external hard drive; but one of the things lost was my file I've been using for my world map in Hexographer.

Fortunately I had a few screenshots of parts of the map, so I won't have to rebuild the entire continent from memory. I've made a little progress already, and finally bit the bullet and upgraded to Worldographer - the interface takes a little getting used to, but it runs so much smoother. I'm also being more careful with my files, and have copied a backup of my work so far onto my external drive in addition to sending it to one of my partners.

Lesson learned: Back up your data before you have a total system failure.

Email ThisBlogThis!Share to TwitterShare to FacebookShare to Pinterest
Labels: My Setting, Software

I've been doing some more of my hysterical tinkering with the AD&D rules (treating 2e as an extensive revision of 1e, which is basically what it is in practice). A sticking point comes up with me where the wizard classes are concerned; there's some desire to have a third one, besides mages and illusionists. One of my favorite ideas I've been chewing over is the alchemist.
Read more »
Posted by Fuzzy Skinner at 10:20 PM 2 comments: